As we first wrote in The future of TFC: The Fertile Crescent, this will be the last substantial update to the current itch.io version of the game. We will continue to maintain it, but it will no longer receive feature updates. 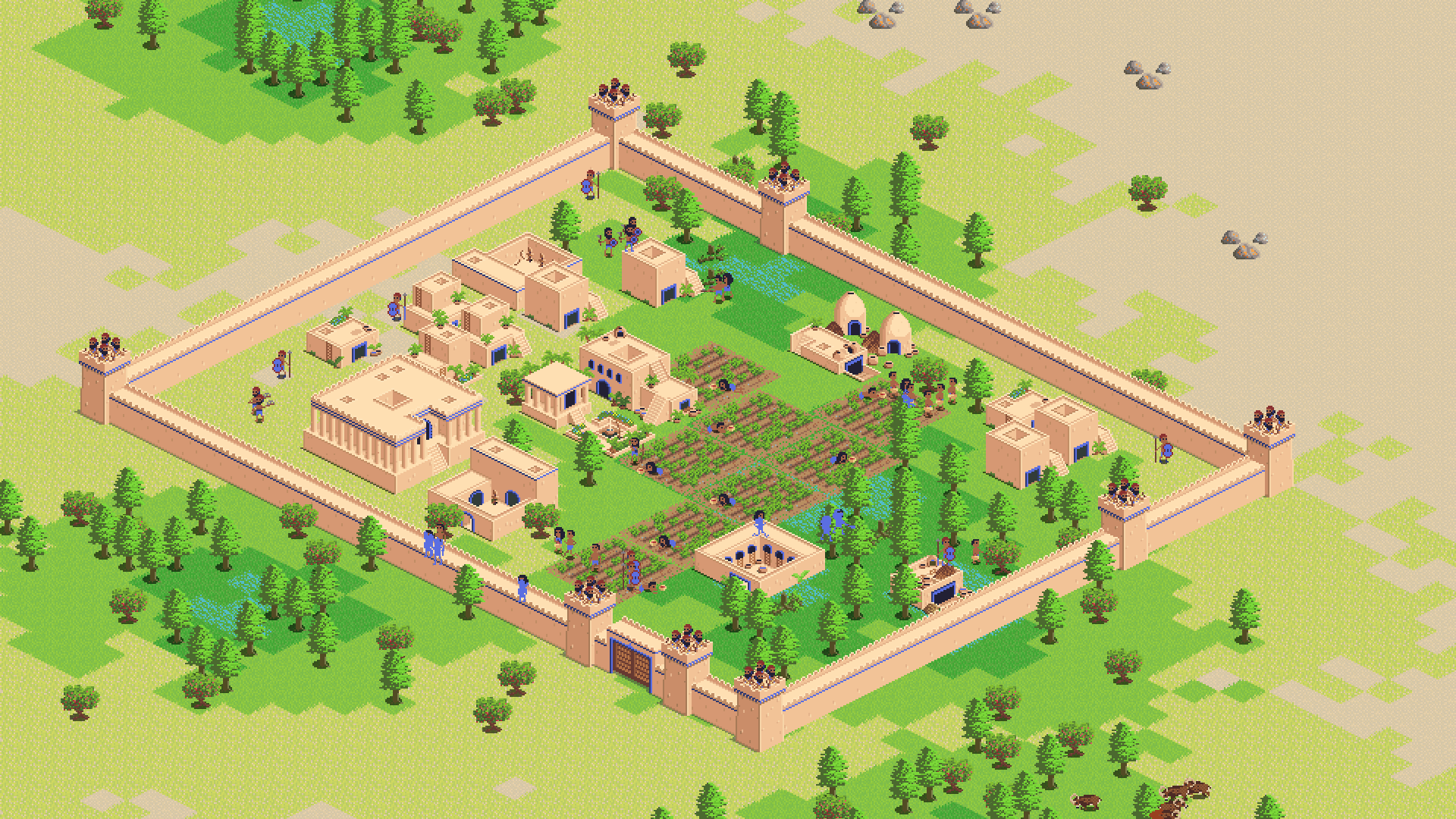 The reduced cost and manpower required to construct walls makes them more rewarding to set up. For example, it's now a better strategy to wall your base against early rushes. You might therefore have to expect more siege battles, such that battering rams and sappers might become more important to consider as part of your attack plans.

Trees now have less wood. This means it's slightly faster to clear land. Since farms also cost more wood, you're less likely to have excessive amounts of wood early game. You will have to work slightly harder to transition from hunting and foraging to farming, and you might have to expand earlier.

Advanced units now consume more food. This puts a sharper limit to the amount of elite units in your army, as you will have to work harder to maintain an elite army. This also means you will now have to consider hiring a larger and cheaper army versus a smaller elite one. Or maybe a combination of both?

The end of an era!

We have uploaded updates to this itch.io version since June 2018, making it over 3 years. Multiplayer support was released in September 2018, almost exactly 3 years ago! Since then, we have made slow and steady progress on the core gameplay loop of TFC: The Fertile Crescent, carefully building it block by block, evaluating every step, and listening to community feedback along the way. It has been a slow and, at times painful, process, but this is how we envisioned developing this game, and we are thankful to have been given the opportunity to do it this way.

The community has played an important role in keeping us going for all this time, so thank you for your support!

We hope to see you for our next chapter, which we will release more information about soon. :)

I got three of my friends to play this game yesterday about 4 hours before this update.
And we talked about these exact problems! Nice that they where being fixed at that moment.

Anyhow, happy for your publishing deal and future plans!

Where are you from btw? Denmark i guessed from snooping on old sites.
Im from Sweden myself

We're two developers from Norway. Both living in Australia! :)

Ah! Nice, that explains the responses coming in the middle of the night! :P